The recent spate of mass shootings, capped by the weekend tragedies in El Paso and Dayton, are bringing  new attention to so-called "red flag" laws.

These laws allow police to temporarily seize weapons from someone deemed dangerous. They've been enacted in 15 states — even red ones like Indiana, which hosted the 2019 NRA convention. Indiana's law passed in 2005 and is one of the oldest in the nation, but it hasn't been used a lot.

Side Effects' Isaiah Seibert recently examined the case of an Indiana man whose guns were seized after he  made a threatening 911 call. It shows how the laws can attract support across the political spectrum.

Kent Leslie, who has taught classes on mental health issues to law enforcement, said the laws can help prevent suicide. "When somebody’s at risk of dying by suicide, if we have some distance and time from the lethal means, it does save lives."

Avowed Second Amendment supporter Sam Preston, who worked for the Vanderburgh County Sheriff’s Office for 30 years, also saw value in the laws. He said they strike a good balance.

He said Americans don't want to live in a country where people can have their weapons seized. He added, "We also do have to protect the public, and just because someone at a moment in time may not be healthy enough for them to have a weapon, doesn't mean that down the road that they won't be able to."

“We don't want dangerous individuals having access to guns, and if they do, we want to make sure that we find help for these individuals and that their weapons are taken away from them." 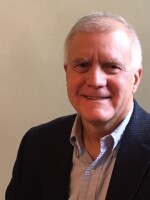 Dave Rosenthal
Dave Rosenthal is the former managing editor for Side Effects Public Media.
See stories by Dave Rosenthal
Sick Season 2
Incarcerated people are some of the sickest people in our country. Many have chronic conditions such as diabetes or lung disease. And they’re far more likely to suffer from mental illness and addiction. On Season 2 of Sick, listen to stories of what goes wrong in corrections facilities — places meant to keep people healthy, but built to punish them.
Subscribe now