When it comes to hazardous work industries, farming is in the top three with transportation and warehousing, and mining. And many times after an accident, farmers end up as amputees. But when farmers and ranchers lose a limb on the job, they have a limited selection of prosthetics to help get them back to the fields. 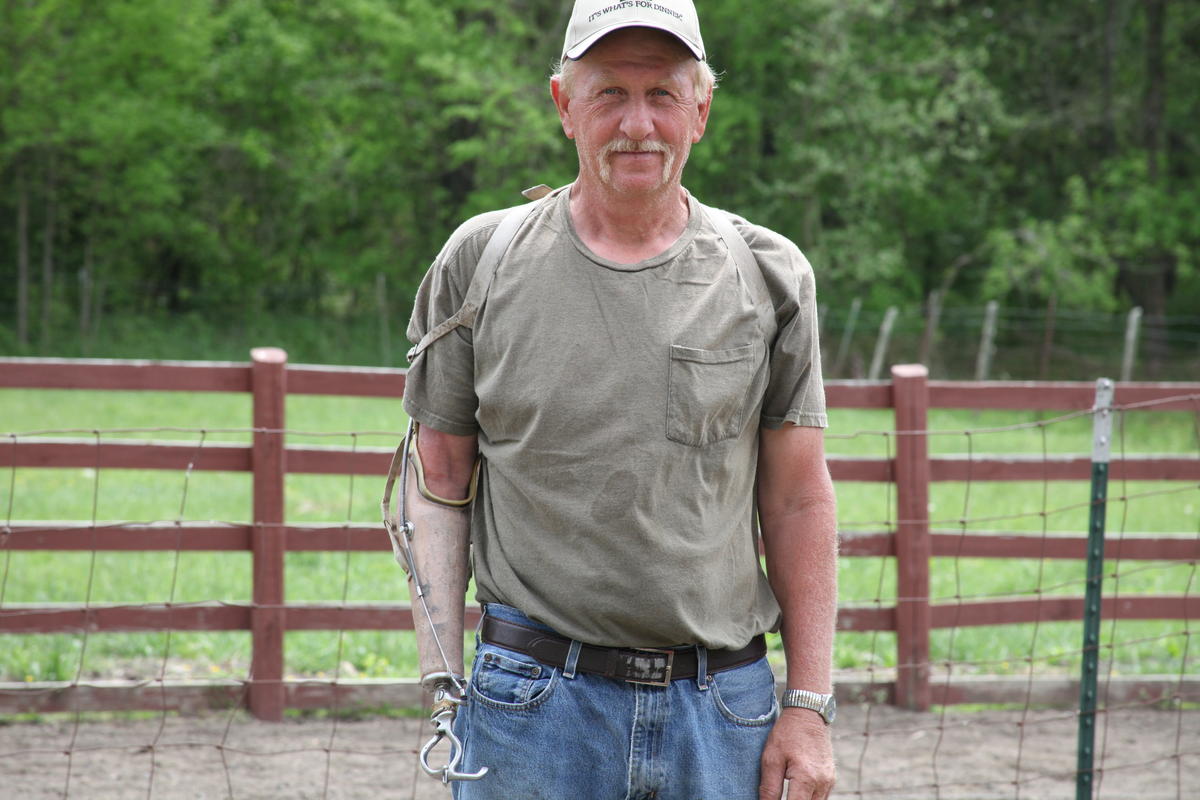 “I continue to try to do everything I used to do before the accident,” he said. “I'll be honest with you. It takes me a lot longer and it's a lot harder on me.”

Twenty years ago, he was harvesting corn when some of the stalks choked up the machine that separates the ears and the stalks. He reached into the machine to clear it out while it was still running, just as he had many times before.

“That day for some reason it got me,” he said. “And I mean it took the whole hand through before you could spit. And then it was a fight to keep from being drug on in by the rollers.”

Fleischmann said he’s lucky he was able to make it back to the house – a mile away and over four fences – to call for an ambulance.

“I had made my mind of that day that I was going to live,” he said.

Joseph Burris, the director of amputee rehabilitation at the University of Missouri Columbia, sees a lot of agriculture workers with amputations. The leading cause of amputation for his patients is diabetes, but right behind that is trauma – farmers and ranchers who have had horrific run-ins with equipment.

“It's terrible to see the impact that amputation has on people,” Burris said. “It's inspiring repeatedly to see people overcome some of their difficulties and have success.”

According to the National Safety Council, 1 out of every 10 agriculture injuries results in amputation. Burris helps farmers work with a new prosthesis meant to assist them when returning to the field. Devices today can plug into the electric signals in your muscles and you can control their movement. The problem is, they are really expensive.

Durability put to the test

Modern prostheses don’t always stand up as well in fieldwork as they might in office work. That’s a problem for farmers.

“Clearly farmers work in unique environments,” said Stefania Fatone, an associate professor at Northwestern University. “Their devices are exposed to dust, they're working out doors, and they’re exposed to farm chemicals which often can be corrosive or unfriendly to the devices.”

As farmers tend to live in rural areas, it’s not always cost effective to take a day away from the fields to drive to town for a tune-up, Fatone said.

Instead of a prosthetic hand, farmer Brian Fleischmann has what’s called a farmer’s hook on his right arm.  It’s not flashy. It’s simple and one of the cables connecting to the hook is fraying. The hook opens and closes, and it connects to his limb with a harness he wears around his shoulders. 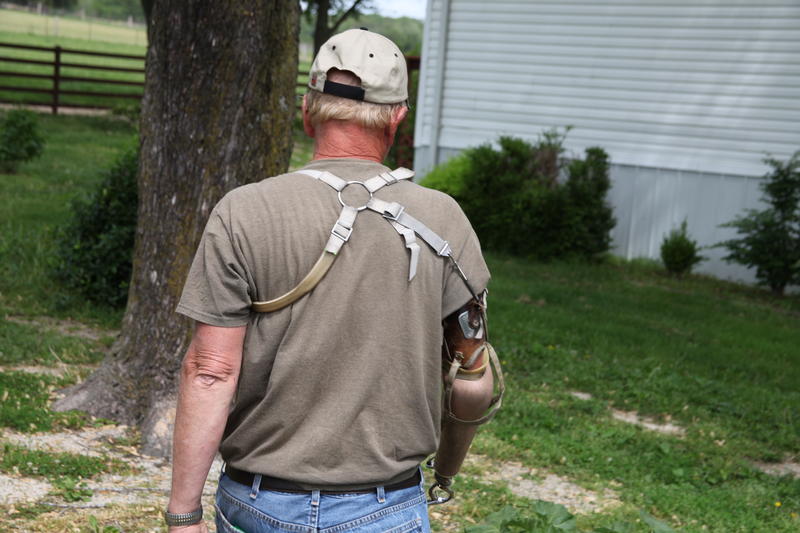 Initially after his accident, Fleischmann had the opportunity to use one of the newer models that responded to his muscle signals. But he said that fancier tool acted up and didn’t fit well on his limb. Over time – like many farmers – he’s adopted the traditional farmer’s hook. He found it more reliable, affordable and durable than the more technologically advanced device.

Since his injury, Fleischmann has received help from the group Agrability – a program that helps disabled farmers and ranchers succeed in agriculture. For Fleishmann, that meant buying him a small tractor to help with the work. He says he has also received a lot of help from his family and neighbors, but without his right arm or a more robust device that can help with the work, he’s stuck doing the best he can.

“My life ended that day right there in the field. The life that I knew, it was over,” he said.

Now, Fleischmann says he is still re-learning his new life, but with an old, trustworthy tool.

In Rural Virginia, Truckers Can Stop For Coffee And A Physical

Rob Marsh has a medical practice in Virginia's Shenandoah Valley. He likes the freedom to open his office at night if a patient gets sick.

Marsh wants to make house calls, and he needs to pay a staff that has grown from 2 to 23. But many people in this area lack insurance.

"You've got to make budget to make payroll," he says.

The financial pressures of practicing medicine in the 21st century have led more doctors to take jobs with large hospitals and medical practices. Last year, only 17 percent of doctors were in solo practice.

McDonald County, in the rural far southwest corner of Missouri, ranked last in the 2014 County Health Rankings for clinical care compared to other Missouri counties, a measure which includes access to doctors, dentists, number of residents who are uninsured, and a few other factors.

The Prosthetics Industry Gets A Human Touch

NPR — along with seven public radio stations around the country — is chronicling the lives of America's troops where they live. We're calling the project "Back at Base." This is the latest in the ongoing series.

"There's been more advancement in the field of prosthetics since 1945 than there has been in the entire automobile industry," says Mark Vukov, a clinical education manager at College Park Industries, a manufacturer of prosthetic feet.