Last weekend, around 100 students graduated from the University of Missouri School of Medicine.

But four times that many doctors will commit suicide this year in the United States.

Many believe problems with depression and anxiety in medical students is a leading cause for the mental health issues among physicians. Rep. Keith Frederick, R-Rolla, said these issues can also effect a doctor's ability to practice.

"Some doctors end up taking their own lives, but many go on practicing in a state where they're not as effective as they would be if they were completely healthy," said Frederick, who is also an orthopedic surgeon. "The healthcare provided by those physicians in training and future physicians will be much better if they aren't themselves suffering from depression.

But after reading about the growing prevalence of depression and anxiety in medical students,Slavindecided to anonymously survey the medical students atSLUabout their mental health. He said the results were devastating.

“We saw depression rates between 25 and 30 percent. As many as 60 percent of our medical students in some classes had moderate to severe levels of anxiety," Slavin said.

After a year with the new system, the rate of depression in medical students had decreased to 11 percent and the rate of anxiety was cut in half.

While the curriculum adjustments cost the school less than $5,000 to implement, Slavin said SLU would not have considered changing their system without evidence that the mental health of their students was a problem.

“It is much easier to ignore the problem when you don't have data," Slavin said. "If other schools saw similar numbers to the ones we had initially, I think it would be very hard for them to ignore.”

Frederick introduced a bill that would have required medical schools in the state to provide an optional screening program to students. The survey would identify students who are depressed or at high risk for depression. Then several years later, the information would be used to report the rate of depression at each school to the public, similar to the way average scores on licensing examinations are made public for each school.

“If they have an option to go to a school where the prevalence of depression in the second year of med school is 30 percent versus one that's 10 percent, I think they should have the right to know that information ahead of time and make a choice based on the health risks," Frederick said.

Although the bill failed to make it to Gov. Nixon's desk, Frederick says he hopes medical schools will be motivated to study the mental health of their students.

“I think that medical schools in general across our country need to embrace the concept that it is an important measure of the performance of the medical school should be the mental health of the students that complete their program," Frederick said. "Because they're getting high board scores but at what cost?” 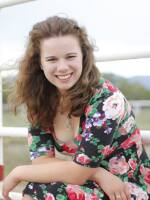 Hope Kirwan
Hope Kirwan left KBIA in September 2015.
See stories by Hope Kirwan
Sick Season 2
Incarcerated people are some of the sickest people in our country. Many have chronic conditions such as diabetes or lung disease. And they’re far more likely to suffer from mental illness and addiction. On Season 2 of Sick, listen to stories of what goes wrong in corrections facilities — places meant to keep people healthy, but built to punish them.
Subscribe now