Across the Midwest, health care has emerged as one of the year’s biggest campaign flash points — in races from U.S. Senate to state attorney general.

In Illinois, Missouri, Ohio and Indiana, speeches, debates and ads highlighting partisan disputes over major health care issues. Among them: the Affordable Care Act, a single-payer health system and decriminalization of drug use.

And that mirrors a trend in other parts of the nation.

“It seems to me in this election people have chosen their tribal corners and issues have less potency overall,” Tom Moran, editorial page editor at New Jersey’s Star-Ledger told Kaiser Health News. “But if there is one issue that penetrates, it’s health care.”

Here are some battleground topics:

Much of the campaign sparring has focused on the Affordable Care Act’s guarantee that people with pre-existing health conditions can get coverage.

The issue has come up repeatedly in political debates across the Midwest, including in Illinois’ 13th Congressional District — a tight race that has attracted national interest and millions in out-of-state money.

Davis counters that the GOP House plan he backed in 2017 had layers of protection for people with pre-existing conditions.

Indeed, a line in the 2017 American Health Care Act — the failed GOP-led effort to repeal and replace the ACA — states: “Nothing in this Act shall be construed as permitting health insurance issuers to limit access to health coverage for individuals with preexisting conditions.”

However, as Kaiser Health News reports, the most recent GOP bill to dramatically overhaul the ACA would have given states the authority to allow insurers to waive certain protections of pre-existing conditions, “including the one requiring the same premiums be charged regardless of health status.”

The Congressional Budget Office analysis found that if states took advantage of those waivers, the insurance markets could blow up, leading to such high costs that people with pre-existing conditions would be unable to obtain coverage.

Davis, and six other GOP lawmakers across the U.S., were recently called out by Washington Post fact-checker Glenn Kessler for twisting one of his articles by saying it supports the claim that people with pre-existing conditions will be protected under the GOP plan.

The issue also has been a focus of the Senate race in Indiana, where a new survey from the Mike Downs Center for Indiana Politics shows that Hoosiers rank health care as the most important issue facing the United States.

That race is one of the most closely contested in the nation.

In a recent debate, Sen. Joe Donnelly, a Democrat, said some people could lose coverage for pre-existing conditions if the ACA is overturned with no replacement. He took aim at Republican Mike Braun and a lawsuit that challenges the federal health law.

“Here is what we don’t want to do. Mike supports a lawsuit that would take away pre-existing conditions coverage,” he said. “So that young a young person who is on an Indianapolis IPS bus with asthma and their chest is tightening and they need their inhaler. If [Braun] has his way, those pre-existing conditions aren’t covered anymore.”

“I would never be for any replacement that doesn't cover pre-existing conditions and has no cap on coverage … ” he said. "As a Republican you get swept into the fact that you would support that lawsuit.”

Other Republican candidates are being criticized for supporting legal challenges to the ACA. It's been a campaign issue in the governors races in Ohio and Wisconsin.

On Election Day, Missouri could join 31 other states and Washington, D.C., in legalizing medical marijuana. But voters have more than a “yes” or “no” option to consider at the polls.

Three ballot measures — called Amendment 2 , Amendment 3 and Proposition C — would all legalize marijuana for medical use. But the proposals vary on many fronts, including how medical marijuana would be taxed and what that tax revenue would support.

Despite a national movement to legalize marijuana for medical and recreational use, several Missouri medical societies oppose the ballot measures, according to Side Effects partner station KBIA.

The Missouri State Medical Association, Kansas City Medical Society, the St. Louis Metropolitan Medical Society and the Missouri Pharmacy Association expressed concern over the health risks associated with marijuana use and the lack of evidence in best prescribing practices.

Meanwhile in Ohio, a statewide ballot initiative called Issue 1 would reduce penalties for obtaining, possessing and using illegal drugs. If the majority of Ohioans vote yes, the decriminalization would become part of the state constitution.

The ballot initiative would reduce drug possession to a misdemeanor, and prohibit jail time. The state says it would save money by having fewer people behind bars, and would channel those funds to rehabilitation programs and crime victims.

Supporters of Issue 1 say that non-violent drug offenders should be directed towards treatment instead of jail. Many Democrats, including gubernatorial candidate Richard Cordray, have come out in support of Issue 1.

Many Republicans — as well as Ohio’s Coroners Association and Bar Association — oppose Issue 1. Opponents say it would weaken the power of law enforcement and make it harder for prosecutors to get people into treatment.

The issue of Medicare has also come to the fore during this campaign season.

As Kaiser Health News reports,  some Republican candidates are telling seniors their Medicare coverage may be in danger, due to Democrat-led efforts to expand the program, which is now limited to people over age 65 and younger people with certain disabilities.

Medicare-for-all, also known as a single-payer system or universal coverage, is a proposal that would open the federal health insurance program to everyone.

GOP candidates often point to an estimated $32 trillion price tag, citing a study from George Mason University. An analysis by Politifact Wisconsin concluded that while there is no formal estimate for “Medicare for all,” experts “mostly agree that the cost would be ‘enormous.’”

This issue has come up in debates in Illinois’ 13th District race. Davis has falsely accused his Londrigan of supporting Medicare-for-all. Instead of a single-payer system, Londrigan has repeatedly said she supports opening up Medicare as a public option.

Londrigan’s spokesperson told WILL she supports the Medicare X plan, which would allow people to buy into the federal insurance program. Kaiser’s analysis says Medicare X will “not affect benefits under the current Medicare program” or affect the Medicare trust fund, which finances health services for Medicare beneficiaries. 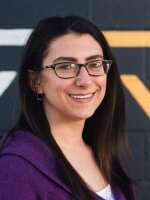 Lauren Bavis
Lauren is an investigative reporter for Side Effects Public Media and WFYI in Indianapolis. She is also the co-host of the podcast Sick. She can be reached at lbavis@wfyi.org.
See stories by Lauren Bavis

Paige Pfleger
Paige Pfleger is a reporter for WOSU, Central Ohio's NPR station. Before joining the staff of WOSU, Paige worked in the newsrooms of NPR, Vox, Michigan Radio, WHYY and The Tennessean. She spent three years in Philadelphia covering health, science, and gender, and her work has appeared nationally in The Washington Post, Marketplace, Atlas Obscura and more.
See stories by Paige Pfleger
Subscribe to the Side Effects newsletter
Weekly rundowns of the nation's public health news plus special series and events from Side Effects.
SIGN UP
America Amplified
Side Effects is part of the America Amplified project, which aims to put people, not preconceived ideas, at the center of its reporting process.
Read the stories