You Asked: When Will 'Stay-At-Home' Orders Be Lifted?

Update: As the case count continues to rise, information on this story is moving quickly and may be out-of-date. We recommend checking the Centers for Disease Control and Prevention for ways to stay safe and this John Hopkins tool for the most recent data.

States are considering how, and when, to reopen their economies. But the process looks different across the country, and there's a considerable variety even in the Midwest. Side Effects Public Media’s Brittani Howell spoke with Indiana Public Broadcasting’s statehouse reporter Brandon Smith, KBIA health reporter Sebastián Martínez Valdivia and Iowa Public Radio health reporter Natalie Krebs about how their states have reacted so far, and what they might do going forward.

To start, let’s recap what these three states – Indiana, Missouri and Iowa – have done so far in terms of reacting to the coronavirus?

Gov. Eric Holcomb’s first "Stay-At-Home" order for Indiana took effect March 25 and looks similar to the orders issued in Kentucky, Ohio, and Illinois. The order was renewed twice: On April 6, when Holcomb tightened some restrictions and guidelines; and on April 20, when he extended the "Stay-At-Home" instructions until May 1.

Missouri Gov. Mike Parson instituted a statewide "Stay-At-Home" order on April 6 and it was set to be in place until April 24. That order was extended April 16 until May 4. However, it is not as restrictive as Indiana’s.

“Our ‘Stay-At-Home’ order is primarily directed at individuals,” Valdivia said. “It’s not ordering restaurants and bars to close their dine-in areas, but asking Missourians to avoid dine-in bars and restaurants.”

That’s similar to the situation in Iowa, where Gov. Kim Reynolds has not issued a "Stay-At-Home" order at all. Starting in mid-March, she began issuing executive orders that closed restaurants except for carry-out, closed gyms and limited gatherings to no more than 10 people. Last week, she announced schools – which she had closed weeks earlier – would not be returning for the end of the academic year.

“It’s very similar to Missouri – a big emphasis on sort of asking for people to do the right thing,” Krebs said.

Sebastian and Natalie, what were some of the arguments you each heard from your state governments for the delay in issuing an order? Did you notice anything in common between the arguments state officials made for their response?

In Missouri, Parson has argued that a blanket, statewide order could have an outsized effect on rural areas, which make up about 30 percent of Missouri’s overall population. Part of his argument was that rural areas were not experiencing many coronavirus cases – though that is changing, Valdivia said.

Reynolds has also emphasized concerns about the economic impact of a statewide "Stay-At-Home" order.

“Iowa produces about a third of the nation’s pork supply, and that would have this huge economic impact on companies and farmers in the state,” Krebs said. “And I think that’s really the feeling behind her not wanting to issue this ‘Stay-At-Home’ order.”

However, the northeast part of Iowa has been placed under some stricter restrictions to help mitigate the virus’ spread. Can you tell us more about that?

The Iowa officials have carved the state into six regions and established a 12-point assessment to determine what management practices should be applied. Hospitalization rates, the number of senior citizens, and the number of positive COVID-19 cases in long-term care facilities all factor into that assessment.

The northeast region of Iowa, which includes 14 counties, ranked a 10 on that 12-point system. That triggered additional measures from Reynolds’ office, though the measures still aren’t considered official "Stay-At-Home" orders.

“Essentially it means people can’t gather with people other than their family members. The only exceptions are weddings, funerals, religious activities – and that’s still restricted to 10 people,” Krebs said.

Those restrictions will be in place until April 30.

The restrictions are applied based on that 12-point assessment. While the southeast region of the state has had some outbreaks, Reynolds ranks the situation below a 10 and has not instituted similar restrictions.

Indiana has joined six other states to discuss when and how to reopen economies: Illinois, Kentucky, Michigan, Minnesota, Ohio and Wisconsin. What does it mean that these states are working together? What does this cooperation look like, functionally?

So far, the cooperation appears to be very informal, Smith said. The states are keeping lines of communication open.

One of the concerns among the states is how reopening will affect communities who live close to state borders. If, for instance, Indiana were to reopen more businesses faster than Illinois, there is some concern that people from Illinois could flood into Indiana’s northwest region outside Chicago to go to businesses that aren’t yet available in their own state.

Indiana’s latest "Stay-At-Home" order, which is in effect until May 1, mentioned that elective surgeries might resume in early May. Other than that, Holcomb has resisted naming an exact date so he doesn’t have to walk it back if health data indicates a later start date would be better. Details are also pending as to what businesses might be able to resume first.

“What he has been clear about is, however this happens, it’s going to be slow,” Smith said.

Meanwhile, Missouri is striking out on its own.

Illinois governor J.B. Pritzker said Parson declined to join the loose coalition of Midwestern states. At a press briefing in mid-April, Parson said Missouri could not rely on outside entities. However, he has coordinated with Kansas Gov. Laura Kelly for the "Stay-At-Home" extension, which both states issued on April 16. Valdivia noted that the Kansas City metropolitan area spans both states.

St. Louis also shares part of its metropolitan area with a different state. And residents could be in for some confusion if the timelines for reopening Missouri and Illinois aren’t aligned.

And Iowa Gov. Kim Reynolds is taking her cues from the federal level.

“She has said that her phasing plan looks a lot like Donald Trump’s,” Krebs said. “So kind of expecting things to open up a little more slowly.”

She has indicated that she is in conversation with officials in Nebraska and North and South Dakota.

Have you heard from health officials about how – or whether – the "Stay-At-Home" measures have flattened the curve for states?

Dr. Kris Box, the state health commissioner in Indiana, has said at the governor’s press conferences that she’s encouraged by the "Stay-At-Home" orders, and that the initial projections were worse than what the state is seeing currently. And not all of what the state sees is necessarily disclosed to the public.

“Hospital admissions is something I know Indiana officials are tracking really closely. They don’t share that with the public, but they are encouraged by what they’re seeing there,” Smith said.

They’re also encouraged that the number of intensive care unit beds and ventilators available in the state have remained consistent.

“About 40 percent of our hospital beds have been free throughout this entire pandemic so far,” Smith said.

Some local governments in Missouri issued "Stay-At-Home" orders before Parson instituted a statewide order, and health officials in the state’s central area have attributed the lack of growth in cases to those early efforts.

Statewide, it’s a little less clear, Valdivia said. The Missouri government recently set a benchmark for how many tests it will have to run per week as part of its considerations for reopening. But officials have indicated that Missouri is faring better than models initially predicted, and credited the "Stay-At-Home" orders and social distancing for that.

How have health experts on your beats reacted to these reopening discussions? At the federal level, Dr. Anthony Fauci told Good Morning America just this week that reopening too quickly could be problematic.

Krebs hasn’t seen much resistance in Iowa so far, but that could be because Reynolds has not given any solid indication when Iowa might start to reopen. But health officials she has spoken to would prefer things to stay closed through May.

Smith hasn’t heard much pushback either, though it’s possible that some communities – like Indianapolis, which has the highest number of cases in the state – may choose to extend their local "Stay-At-Home" orders past whatever date Holcomb selects. Cities in Missouri, such as Columbia, are contemplating similar decisions, Valdivia said.

Will your states be expanding testing in advance of any possible reopenings?

Indiana is ramping up its daily testing and officials say labs have the needed capacity, but other obstacles remain. Missouri is allowing more people to get tested as well, and is implementing “boxing-in” strategies at hotspots like meat processing facilities and testing everyone in the vicinity. Iowa has entered into a $26 million contract with a Utah-based company to increase its testing capacity over the next year as well, though some of its testing is only online, and only in English, which could leave out non-English speakers or Iowans without broadband access.

Currently, local health departments face a shortage of testing supplies – swabs, reagents, etc. It’s also not clear how contact tracing will be implemented statewide, or where the supplies will come from.

But when it comes down to it, it’s not going to be possible to test everyone.

“As we start to let people go back to work, not knowing who really has it, or who has had it and might be immune to it at least for a period of time, is going to be a problem,” Smith said.

He said that’s why Holcomb has said any reopening strategies will take place slowly in Indiana.

How might reopening the economy affect unemployment benefits for people who may be at particular risk of complications for the coronavirus? How might it affect the court systems?

With unemployment benefits, it’s a bit too early to tell. As far as the court system goes, it will likely depend on where you live. Indiana courts have been taking their cues from the state government, but even when the state reopens, courts located in hotspots may take more time to reconvene physically, Smith said.

Indiana Public Broadcasting, Side Effects and WFYI are asking Americans about health issues, as part of the America Amplified: Election 2020 initiative. To contact us directly with a question, email health@wfyi.org.

America Amplified, a public media initiative funded by the Corporation for Public Broadcasting, is using community engagement to inform and strengthen local, regional and national journalism. Follow on Twitter at @amplified2020. 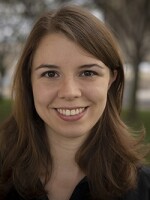