Side Effects Public Media journalists received six awards Tuesday from the Indiana Chapter of the Society of Professional Journalists for their coverage of the COVID-19 pandemic last year. Their work highlighted health equity, racial disparities in healthcare and problems within Indiana's prison system.

Out-of-state judges selected by SPJ named award-winners for their work in radio, television, digital and social media during 2020. Winners from Side Effects were:

WFYI Public Media in Indianapolis, the lead station for the Side Effects collaboration, won seven additional awards, mainly for its coverage of anti-racism protests. It included work done in partnership with the Recorder, a weekly newspaper focused on Indianapolis' Black community. Winners were:

The awards program, shown online, featured a tribute to WFYI reporter Jill Ditmire, who died in January at age 56. 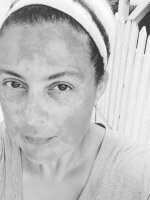 Holly Edgell
Holly Edgell is project manager for Side Effects Public Media. She can be reached at hedgell@wfyi.org.
See stories by Holly Edgell
Sick Season 2
Incarcerated people are some of the sickest people in our country. Many have chronic conditions such as diabetes or lung disease. And they’re far more likely to suffer from mental illness and addiction. On Season 2 of Sick, listen to stories of what goes wrong in corrections facilities — places meant to keep people healthy, but built to punish them.
Subscribe now